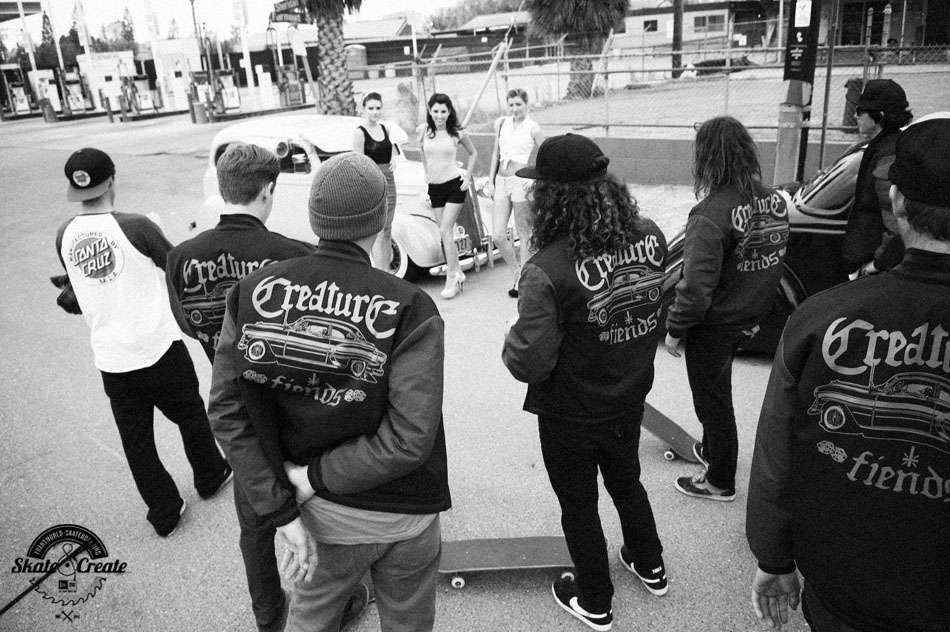 Video Reviews
Creature Skateboards has had a long history of great riders, sick videos and rad graphics. That might sound obvious – they’ve been around since 1994 – but they persist and continue to put out good stuff, each season & every year.
Most recently, Creature put out an especially dope series titled “Tanked”. Working with the man who calls himself @sketchy_tank on Instagram was a good decision on their part. It’s no new news to include pro riders’ interests in their board graphics, but the rag tag style in which they did these is unique and screams “Creature Skateboards”. Step one: make the decks green. Step two: draw images of the riders’ favorite things in life. Step three: maybe get their permission to print… Step four: send it to the presses!
Sticking with the tried & true formula, each deck tells a small story about that rider. Whether it’s David Gravette’s love for animals & beers & shenanigans or Willis Kimbel’s attraction to bikinis and shellfish, the guys at the NHS offices really hit the nail on the head. Reyes is feeling the unicorn vibes, Partanen is “beardsy,” Darren Navarette is still feeling the vampire within and Chris Russell keeps it hardcore with his graphic.
A company that holds so many transition rippers in the ranks is bound to keep it classic. But the new age spin on this throwback concept is why Creature will live long and prosper in all of its lurkdom.
Check out their new “Tanked” decks and relive CSFU in all of it glory right here:
Previous Post Next Post