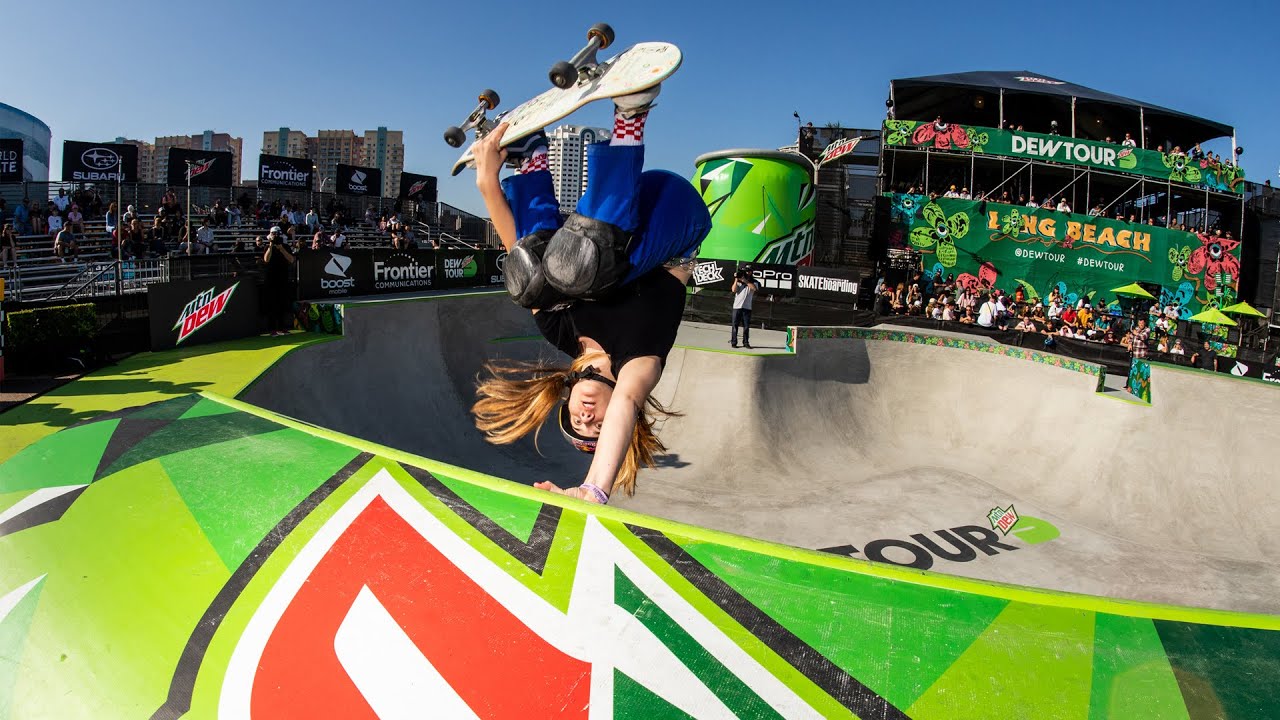 It has been less than a few short years since skateboarding’s presence in the Olympics was announced. To many, it was unexpected; some even shunned its existence as reality. But nonetheless, it is reality, and skateboarders of the highest talent in two primary categories have a shot at competing in said Olympic Games. In the Tokyo 2020 Olympic Games, there will be “Park” and “Street” competitions, divisions of both for each gender, providing space for twelve Skateboarding Olympic medal winners in total.

While some understand the process of qualifying for these Olympic games as a skateboarder, many others, skateboarders and non-skaters alike, have been curious about that path. Dew Tour Long Beach 2019, which occurred this past weekend, is the first official Olympic Qualifier for the sport of Skateboarding, which regardless of opinion is an influential moment in the history of competitive skateboarding.

Hosted quite near the birthplace of modern skateboarding, the event was held in beautifully sunny Long Beach, California. Ironically, there was only one American (potentially representing in Tokyo next year) to make the podium in any of the four Final competitions. Although Lizzie Armanto ranked 2nd in Women’s Park, she will be representing her father’s birthplace of Finland.

The event, on its own merit consisted of a very long weekend of professional and amateur skating on Park and Street courses. It even included a Skateshop Team Challenge portion of the contest and a surprise performance by Long Beach legend Warren G among other performing artists throughout the weekend.

The weekend of fun was designed for just that: fun. However, it was an Olympic Qualifying event and had that also in front of mind. The beginning of that international qualifying process started out with the performances of those skateboarders present in Long Beach on the weekend of Dew Tour. The importance of this depends on how important the Olympics are to any individual skateboarder, but the facts are in the final Dew Tour standings:

Stay Tuned with Dew Tour for more info and videos from the big weekend!