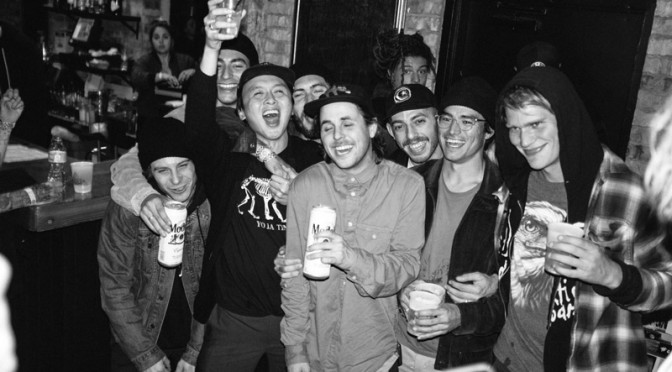 Foundation Skateboards is a company started by Tod Swank in the year 1990. But much more importantly, Foundation is a crew, a team and a family. Once known as the Foundation Super Co. with past riders such as Daniel Shimizu, Brad Staba, Ethan Fowler & Heath Kirchart, Foundation has a rich history of great teams with full-length videos to accompany them. This generation of Foundation, however, is brand new and comes with a lot to prove. And their newest video, “Oddity”, was their opportunity. The team has changed a lot since it’s last full-length feature, 2010’s “WTF!”.

The new guys are the guys! The team is stacked with young blood like Corey Glick, more seasoned skaters like Corey Duffel, road dogs like Dakota Servold and possible 2017 SOTY, Cole Wilson. The van is filled to the brim with talent, but it’s great to know that the bros are just bros. With no big checks to light a fire under their asses, the boys are getting clips for the love of it. And they’re getting it in whenever and however often they can. Doing it for all the right reasons, the current Foundation Skateboards team was bound to create magic with their newest video. And sure enough, Oddity was a stand-out.
Between Corey, Corey, Cole and the rest of the homies, the entire video was 100% (okay, 98%) skateboarding all the way through. Ryan Spencer came out with some really unique skating, Cole Wilson and Corey Glick came out swinging at every spot, Nick Merlino almost killed himself to get the footage, Aidan Campbell made a beautiful debut and Joey Ragali pushed himself hard for this one! Truly, everyone crushed it, and no SoCal spot was left unharmed.
Specifically, the handrail game was absolutely destroyed. From skating up kinked rails to skating through 8 kinks, these dudes did the unthinkable in every way imaginable. Never Been Done’s were No Big Deal, and lack of budget came through as Better then Ever.
Foundation Skateboards has a group of guys that looks strong as hell and is keeping the brand in the highest of ranks for years to come. Don’t sleep on any of these dudes, because they’re all capable of producing en ending part for whatever their next project will be!
Now, just watch:

We've been a fan of @nielsbennett since "Nervous C