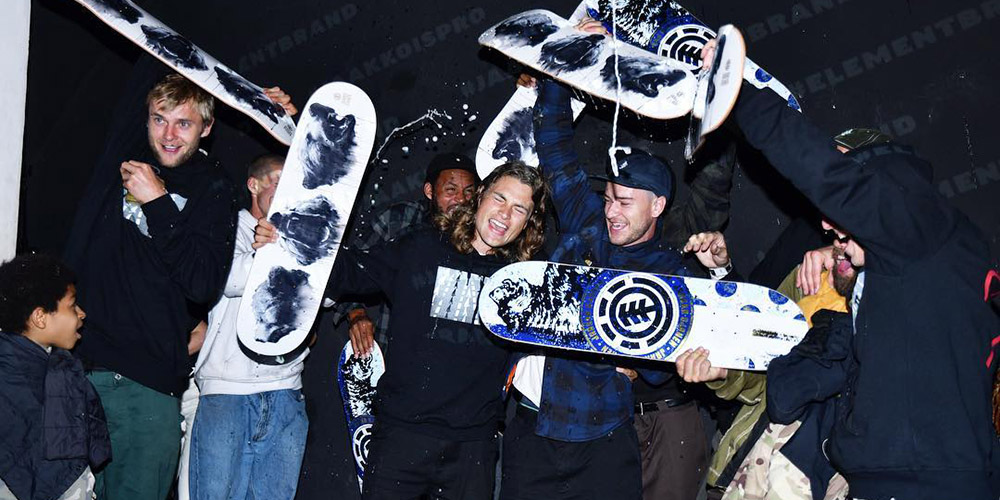 Every now and then, just as we’re forming a mild complacence with our fandom in skating, there comes a skateboarder that changes what it means to skate a spot. Changes what it looks like to push boundaries. Changes how it feels to watch skateboarding at all. Those special people in skating, with the rise of the Internet, are becoming far more frequent than those of yesteryear; however, there are still some heavy standouts in today’s time.

The most recent video published by Element Skateboards, “Jaakko and Friends”, highlights one of those modern standouts. Among five other Element riders, Jaakko is shown in a light that …well it’s not hard to show him in a good light, he’s just that talented. Any type of spot (maybe save a huge gap) is his type of spot. Oddly shaped rails, risky bank spots, dangerous navigation through buildings or any ledge at all are fair game for this Finnish wonder.

Watching the 8 and 1/2 minute-long video left us thinking, ‘is it something in the water in Scandinavia, or is it just that Jaakko is that gifted?’ Even after multiple issues with a broken back, this skateboarder has prevailed and become one of the best in the game. This is not to mention the added difficulty of earning the recognition of mainstream (or American) skateboarding coming from such a seemingly remote place as Finland. Not to mention the unfortunately debilitating winters that Finland has for its skateboarding citizens. Jaakko is killing it in so many ways.

Congrats Jaakko, you deserve the accomplishment. Watch the new video if you haven’t already, and you know where to find his new board!