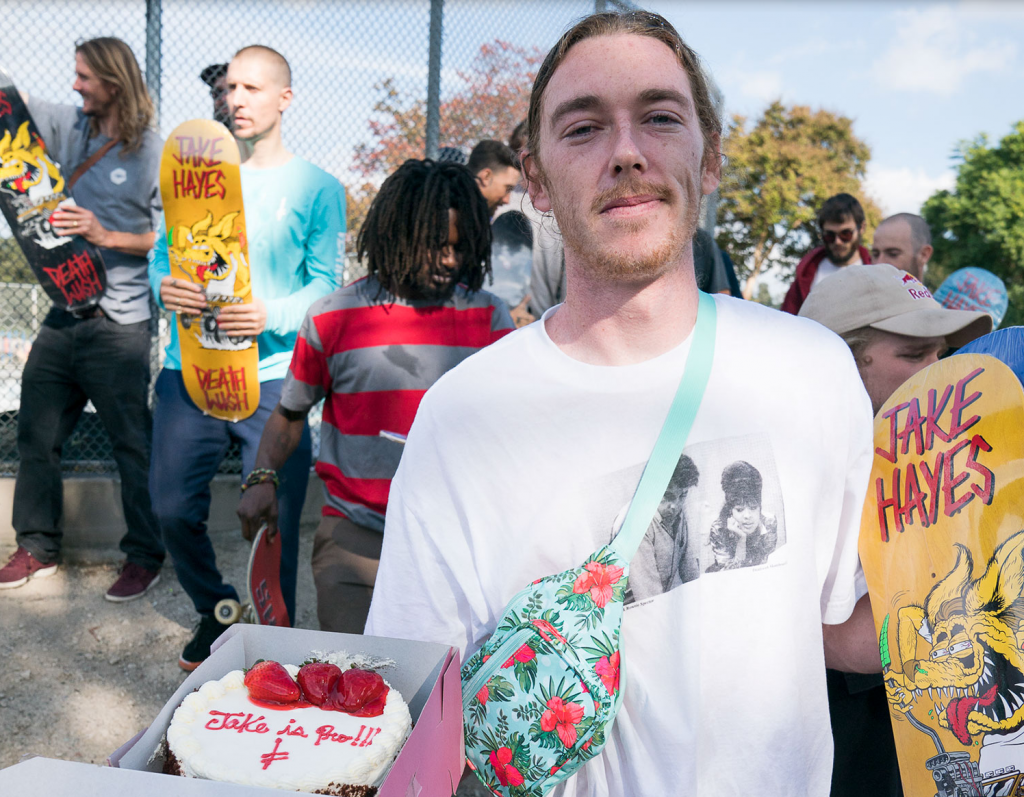 Events & News
Jake Hayes is not only an Aussie, he’s a Grade A certified ripper. As if it wasn’t hard enough to get recognized as a street skater, he came from way Down Under to prove his talent! It’s been a long road (including King of the Road), but Jake is now officially PRO!

Riding for OG brands like Deathwish Skateboards, New Balance, & Dickies, Jake has a job as a skateboarder. But even if that weren’t true, he would be in the streets every day! A tall skater usually makes spots look small that might not be, but he gets so buck on the biggest spots that it don’t matter!
After killing it on the King of the Road in 2016, Jake has been steadily putting out clips with his board sponsor, shoe sponsor, and other supporters as well. Take notes, kids! There’s a work ethic here. Watch the way he attacks rails, floats down gaps, and masters picnic tables like no other.
Welcome to the pro ranks, Jake! Deathwish Skateboards has your back.
Previous Post Next Post