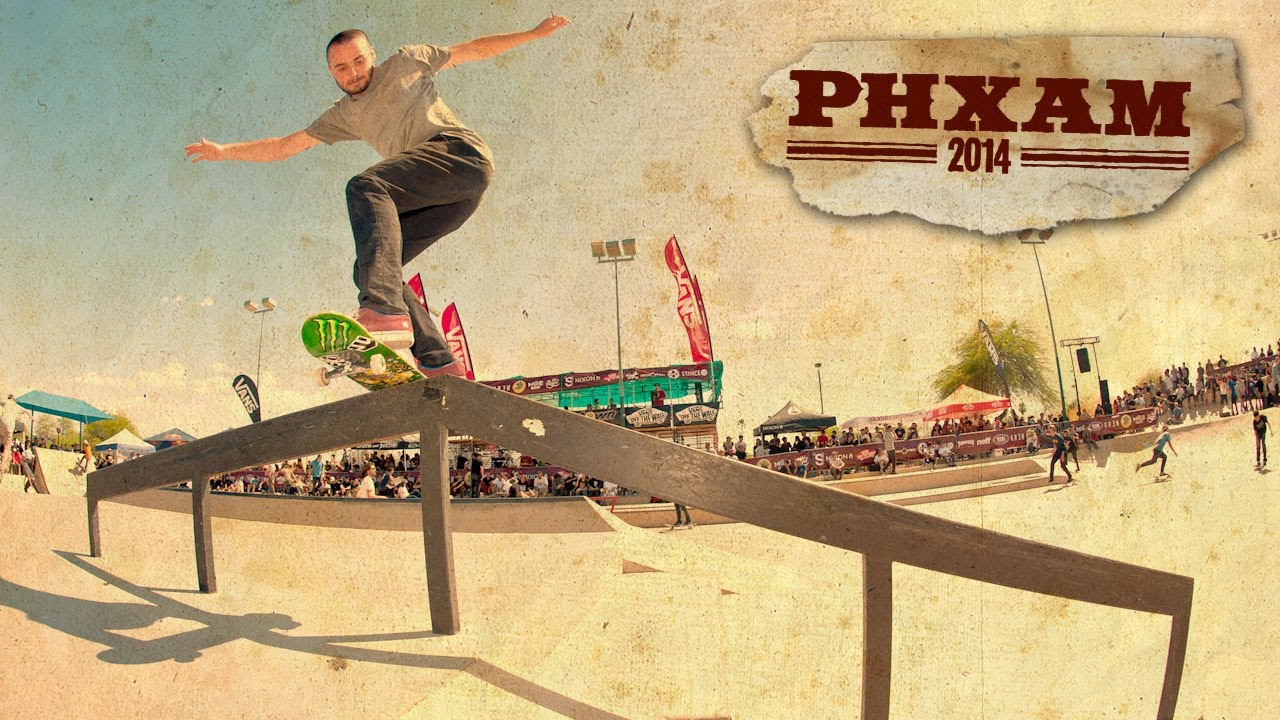 Each year, there is a very short list of contests that most of the skateboarding industry attends. There are hundreds of contests that help & support skaters & skate families all over the globe, but some contests are special in that they draw the attention and respect of the best skaters in the country (or even the world). Phoenix Am (PHXAM) is one of those contests!

Phoenix is home to one of the most unique, proud, and loving skateboarding communities in the world, and it shows. With special after-party events & limited edition beers brewed just for that weekend, it is obvious that Phoenix has skaters that love each other as well as those who visit from out of town for an epic weekend!

The 18th annual PHXAM went down this past weekend in beautiful Phoenix, Arizona! Amateur skateboarders, team managers, photographers, filmers, and industry personalities all came from far & wide to see who could survive the heat of the SouthWest and come out near the top of this brutal competition.

Once the Practice of Friday and the Qualifiers of Saturday had come and gone, there was one impressive list of skateboarders still in the game, including Maurice Jordan, Henry Gartland, and Gage Boyle. Some of them held their runs together throughout Semi Finals and Finals, and some fell through the cracks. But in the end, the Top 5 came out as (5) Jhancarlos Gonzalez (4) Austin Heilman (3) Lazer Crawford (2) Maurice Jordan & (1) Giovanni Vianna.

Giovanni’s been on the amateur skateboarder grind for quite some time now, and it hasn’t been easy, as a Brazilian teenager. Primitive made a great decision in picking him up, and he’s now showing up strongly at all the am contests in the US. We can’t wait to see street footage from this guy!

For more check out PHXAM 2019 online, and don’t forget to…