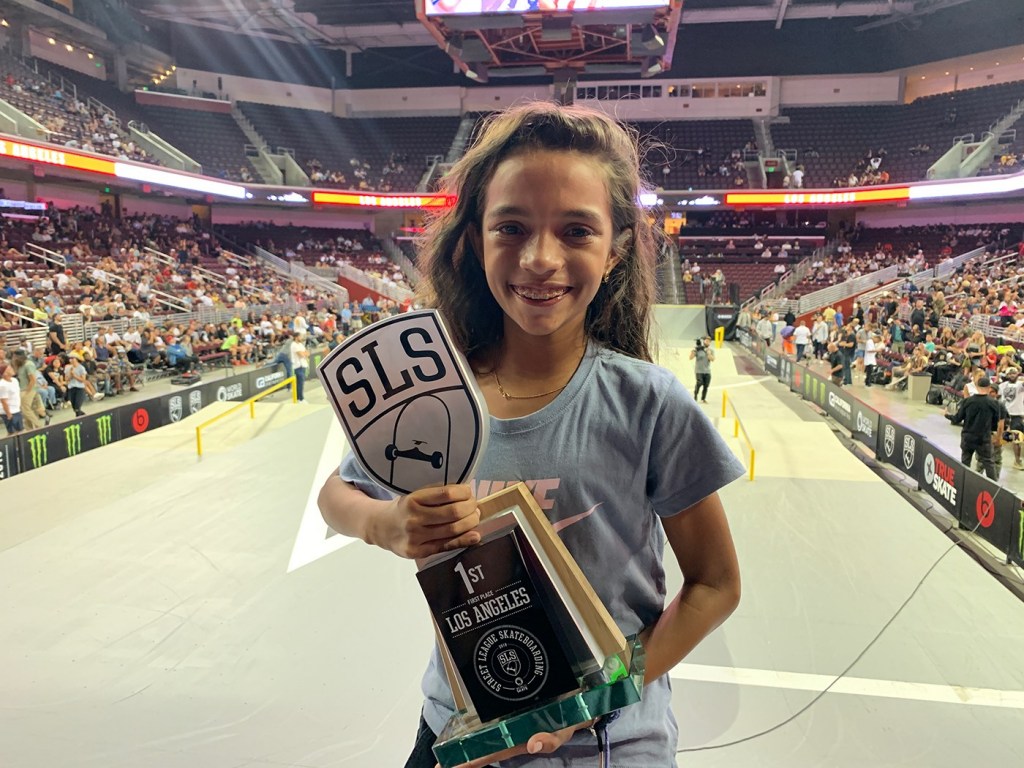 Fans of contest skating or not, skateboarders have to recognize unreal talent when they see it. Once in a blue moon, an obscenely young skater will emerge onto the scene with a punch that is felt by all, competitors & spectators alike. And as the Tokyo 2020 Olympic Games come closer, more & more attention is directed at those who do so well in these contests.

One of the most recent “phenoms” to break into the arena of Olympic-qualifying events is Rayssa Leal of Imperattriz, Brazil. This powerhouse comes in a small package but executes some of the hardest tricks happening on the contest circuits with some of the most impeccable style. When it matters most, she comes through with the landed trick, and there is something about all this – her style & approach in skateboarding contests – that hints at a new Nyjah-type success in that world.

Most recently, she took home the win at Street League in Los Angeles. At only eleven years old, she outperformed every other woman professional skateboarder, most of them twice her age. Somehow, as a child, she ripped harder than every grown woman who showed up that day. Backside smith grinds dipped to perfection, lipslides with style, and crooked grinds the entire length of the head-high hubbas on the course.

Watch the recap for yourself, and you won’t be able to disagree with her raw talent & skill.

It makes us happy to see a new young talent that will be moving on up to change the game. See you in Tokyo, Rayssa!