“Saturdays” are for Birdhouse Skateboards 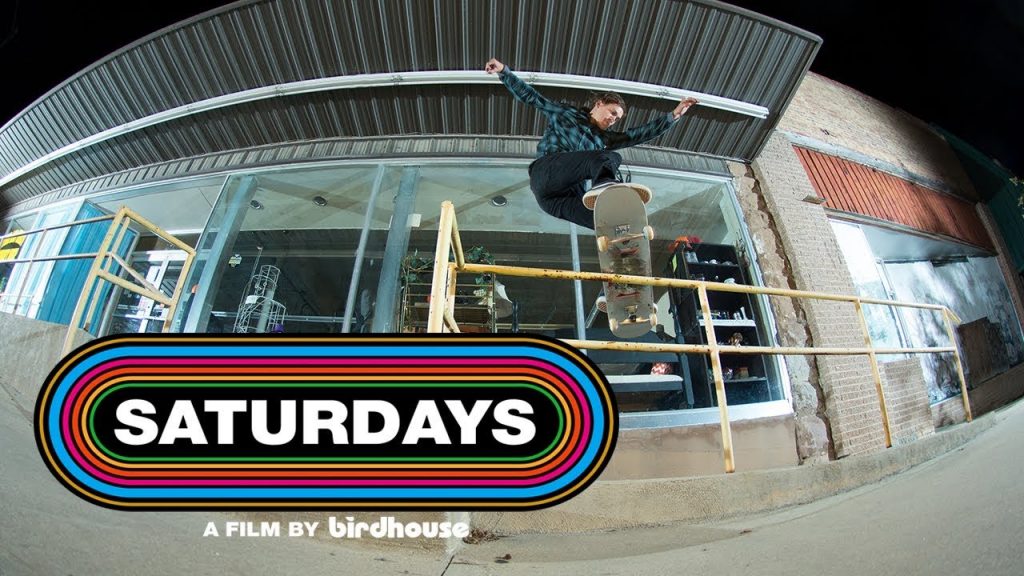 Video Reviews
Birdhouse Skateboards, a legendary brand with a legendary history of skateboarding films, had not put out a full-length video in ten years. Since 2007’s “The Beginning.” And then, in the fall of 2017, “Saturdays” fell upon the skateboarding world at large. Not only was this a new era in skateboarding, it was a new era for a new team that was indeed coming into its own.
Birdhouse had always had a team full of rippers – from Willy Santos and Heath Kirchart to Ocean Howell and Andrew Reynolds. However, there was always a specific type of skater that fit the mold of the team. In this latest production, the team very much created the mold. The team recreated what it means to ride for Birdhouse Skateboards with their drastically unique styles and approaches.
Jaws is the ultimately talented big dropper and flyout connoisseur… Lizzie Armanto is quickly becoming the favorite skater of guys and girls alike around the world… Ben Raybourn has the tricks on transition that no one else has but wish they had… Clive Dixon and Clint Walker are both insanely gifted dark horses, Oh! And don’t forget about Shawn Hale! Let’s see… Oh yes, David Loy… This team is full of heavy hitters, but not two of them skate the same way.
After watching the video for the first time, I experienced a resounding effect of family. The team is truly in it together,  not just collecting paychecks for doing dangerous stunts (which they are).
Especially with certain riders, you see the  comradery shining so clearly that it makes you appreciate that side of skateboarding all over again. Especially with a dude like Tony in the mix (how could you forget about Birdman?), they all travel together, skate together, and goof around together. I mean, just for that alone, how EPIC!?!
A whole new era for the Birdhouse Skateboards video means a whole new format of media. And no, I’m not talking about 4K. Each rider had a personalized celebrity cameo in their part’s intro. And I know what you’re thinking… “Keep it skateboarding!” But to be honest, the cameo appearances made the video altogether more entertaining (and hilarious). All in all, “Saturdays” was a wonderful film, full of good vibes and heavy hammers. A well-done piece chopped and pasted by the legendary Jason Hernandez. But major shouts out to everyone who skated, filmed, edited, and contributed to “Saturdays!”
Cheers to “Saturdays,” and cheers to Birdhouse Skateboards! It’s been a long run, Tony, and it ain’t over yet.
Previous Post Next Post