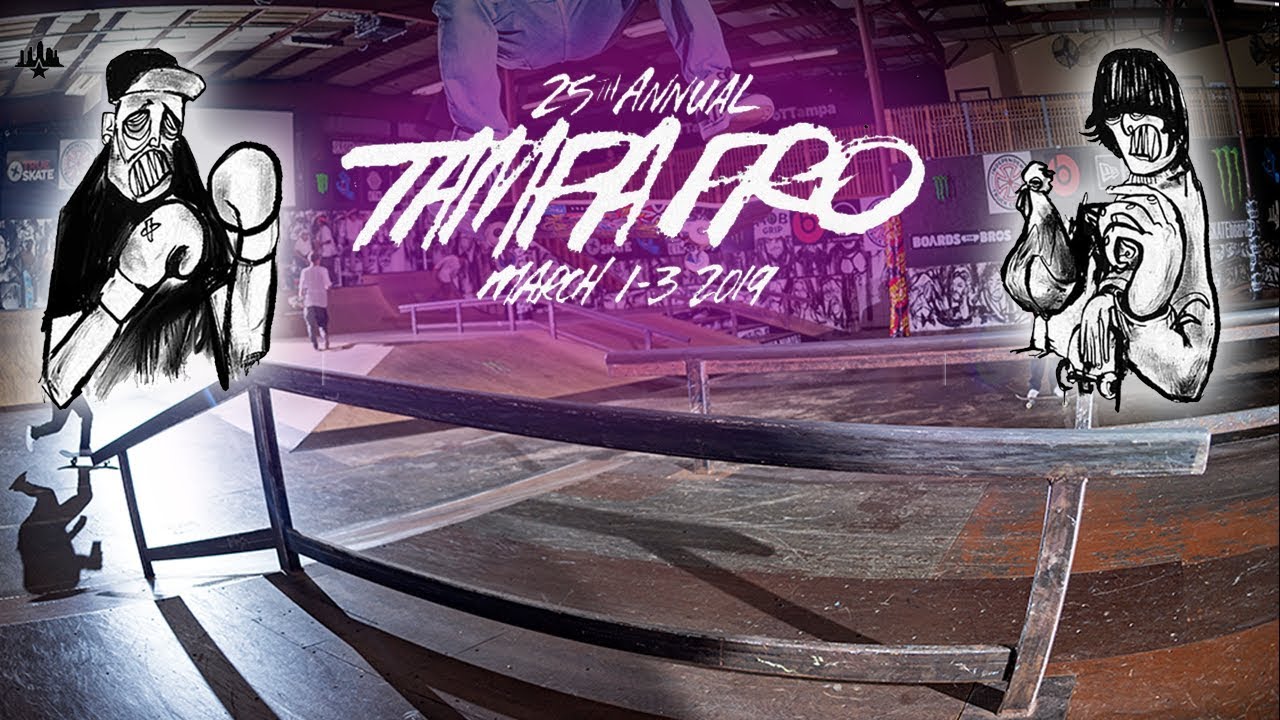 Every year, the core skateboarding industry comes together in the infamously skate-famous city of Tampa, Florida. In a place that is notoriously hot & sticky, the late winter season keeps temperatures to a reasonable warmth, and everyone’s favorite pros are ripping in the skatepark. Tampa Pro at the Skatepark of Tampa.

This year was  a special year for Tampa Pro, because it was officially their 25th annual pro contest. 25 years is longer than many of the contest’s spectators (and even pro skaters) have been alive! So needless to say the run they’ve had (and will continue to have) is an impressive one.

Friday was a great one for skate nerds of all types. Watching your favorite pros practice bangers and piece their runs together all on one course is pretty special, especially for those first-timers. Everyone, from Ishod & Luan to Andy Anderson & Aurelien Giraud, was out in the park prepping for their runs (and having a whole of fun while they were at it).

Saturday brought the stakes. The Qualifiers count, and everyone was skating accordingly. Impressive performances from Ishod Wair and Ivan Monteiro won them a straight shot to the Finals the following day without having to compete in the Semi-Finals beforehand.

Sunday is always the big day – Semi-Finals and Finals! 33 skaters from Qualifiers came in to compete in the Semi-Finals for 10 spots in the Finals to join the two “golden ticket” winners. The energy was raucous, and everyone had smiles on their faces.

Although Ivan Monteiro, Daisuke Ikeda, and Jake Ilardi all put down incredible runs, Carlos Ribeiro (who had previously won second place in the contest) took the win at Tampa Pro 2019! Brazil, Japan, and Florida were all represented on the podium this year. But what a well-deserved win for such a deserving skateboarder.

Congrats Carlos! And Congrats to Skatepark for Tampa of 25 years of Tampa Pro!