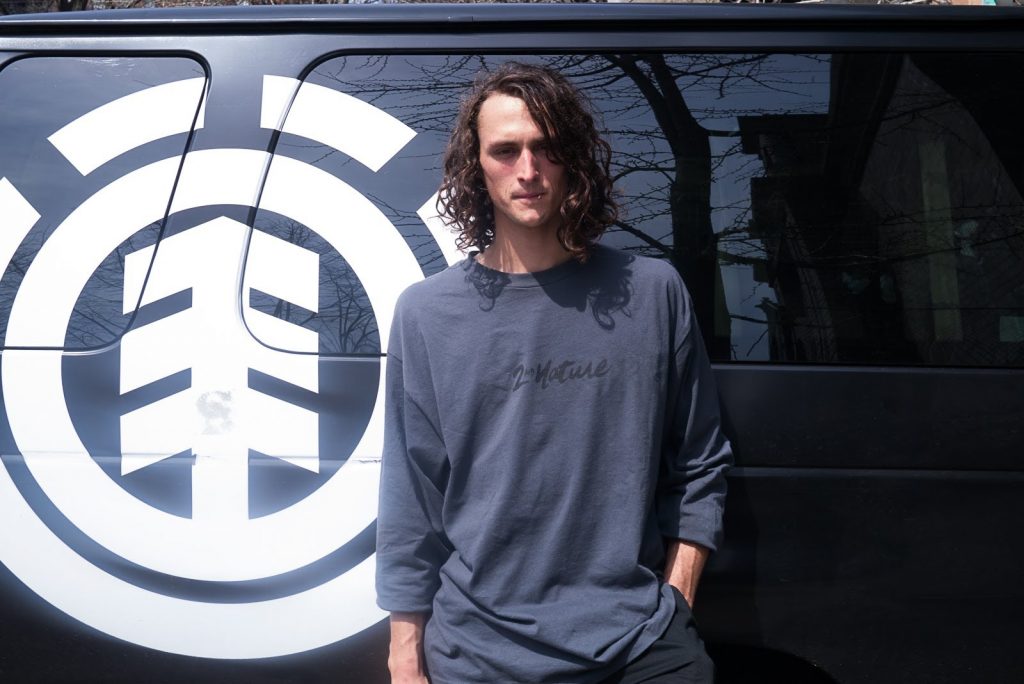 Events & News
Aside from annihilating everything in his path on a skateboard and being one hell of a cosmic soul, Evan Smith has been getting a huge amount of coverage in the skate scene at large over the past three years. With multiple full parts, some solo and some as part of full-length skate videos, and great skating in plenty of this past year’s major contests, Evan’s shown himself to be the full package as a pro skater.
A serious SOTY contender, a street warrior, and a wandering lovechild don’t usually coincide on one human being, but that’s probably why everyone loves Evan. Celebrating his presence on Element Skateboards’ team isn’t enough. It’s only right to make his pro deck graphics as dope as can be, and we think Element nailed it right on the head. From his recent “Ranger” deck to the Star Head Body tribute in his “Elementalist” series deck, it’s easy to see how he fits in with the brand and how his artistic lifestyle shines through in its creation.
Always an artsy fellow, he could settle in Pittsburgh as a local creative. But for Evan, the road to meaning has only begun. And skateboarding is lucky to have him as a die-hard lifer. Stay around Skateboards.com to see the next graphics Element comes out with for Mr. @StarHeadBody.
Skaters unite! And support your favorite professionals. Keep pro boards alive by buying them yourself.
Much love,
– Skateboards.com Team
Previous Post Next Post