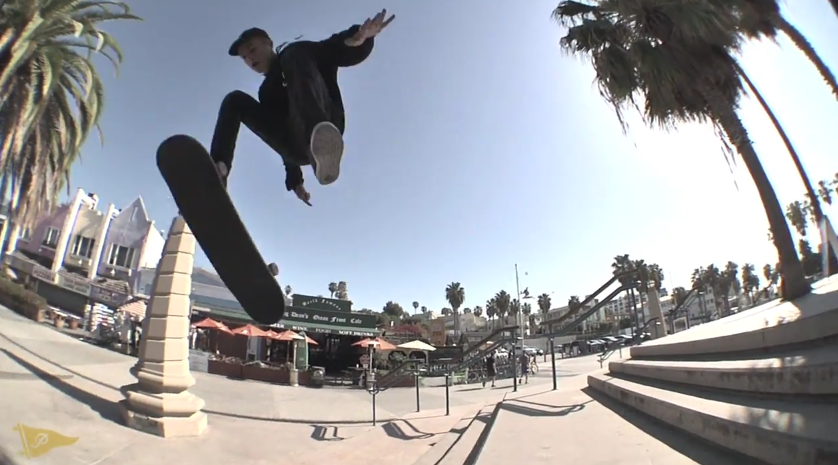 Video Reviews
There are plenty of skateboard companies that were formed within the last three years, but there’s only one that dropped a team video for the very first time just one week ago… On February 2nd at BLACK in Hollywood, Los Angeles, California, Primitive Skateboards debuted the 7.5-minute-long video, “Opal”. And Opal was a fitting name.
Like a rare stone, this short video was highly anticipated and long awaited. People knew it would be high quality but simultaneously wondered to themselves what the caliber would actually be. For those that aren’t avid followers of the brand, the premiere was a pleasant surprise. Primitive has a team that one might forget is truly stacked with the gnarliest talent. Of course, we all think of Paul Rodriguez, but we may forgotten about Devine Calloway and Brian Peacock, rookies in one regard but legends in another. Carlos Ribeiro, a strong 2016 SOTY contender; Shane O’Neill, one of the best in the world; and Nick Tucker, Instagram gold… And never count out Trent McClung, full-on team rider for Primitive as well as adidas Skateboarding and Bones Wheels.
The team is full of power, style and history within this thing we love called skateboarding. It’s easy to forget how impressive the squad truly is. And it just became a bit more impressive. Almost the entire second half of “Opal” was an introduction of Diego Najera to the pro Primitive family. If you’ve seen Diego skate, you know he handles himself like a professional. But now, Diego has his own pro board for the royalty-laden Primitive Skateboards.
Watch out for his new wood at the site COMING SOON and the full “Opal” edit HERE.
Previous Post Next Post