Many many moons ago, skateboarders were seeking conditions that would replicate surfing. In the earliest stages of skating, despite roller skate trucks that barely turned and clay wheels that would catch every crack, risk was to be damned and thrill to be achieved. This meant searching for schoolyard embankments and inclines around Southern California.

The hills were especially desirable terrain, as they provided speed without pushing, with which skateboarders could regulate and manipulate like they would in the moving waters of the ocean. Though inherently dangerous, this activity has remained a staple of the culture. Some may even say it is a right of passage, something everyone should feel, as thrilling it can be, to be indoctrinated into this community. 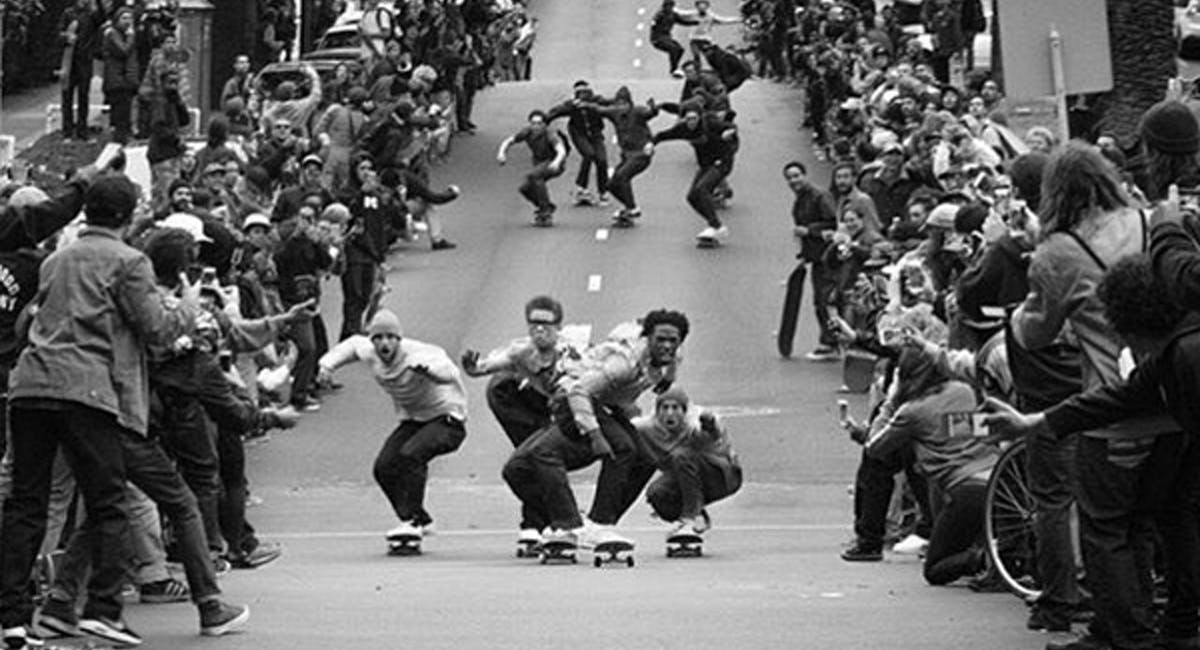 Of course, there is some level of purist attitude to this ideal. Many don’t ever fully experiment with high speeds on a board, although they feel like as much of a skateboarder as the rest. This is beside the point. The only thing that matters is that everyone who wants to, who dares to, has fun doing it.

Fast forwarding to this day & age, when some professional skateboarders make a name for themselves by doing the gnarliest stunts… The limits of the Hill Bomb have continually been pushed. Many point to the Baker Skateboards‘s Don Nguyen or to Deathwish Skateboards‘s Pedro Delfino. Perhaps we think of Pablo Ramirez “P-Spliff” (R.I.P.). But most recently, no one could ignore this ground-breaker from Creature Skateboards rider and last year’s Skater of the Year, Milton Martinez.